Whether you want your prints to be polished with the same bright mirror finish of shiny brass coins or a naturally rustic finish with an acquired patina reminiscent of an aged brass sculpture, the possibilities are endless with this specialty metal PLA filament. With so many finishing options, the sky is the limit!

Scroll down or click the link below for more product specific details, finishing options, and application ideas for Brass-Filled Metal Composite HTPLA.

All of our products have material technical data sheets available for download here.

All of our products have safety data sheets available for download here.

We provide a number of domestic shipping options within the United States via UPS, including free shipping on orders of $50 or more. We also provide international shipping via DHL Express.

At ProtoPlant's discretion, returns and replacements will be accepted within 90 days of purchase.  Please check the material label before opening your product.  Only sealed product can be returned. Shipping of items for exchange or refund is paid by the customer. More information about returns and replacements can be found in our terms and conditions.

Brick or cast brass? Brush, polish, or patina and enjoy!

Thank you for submitting a review!

Your input is very much appreciated. Share it with your friends so they can enjoy it too!

United States
I recommend this product

Super easy to print with, has a good weight to it, but we couldn't get that level of brass color in the photo. The prints stayed more green than anything. They did sand out easily and took paint well

Metal fill materials are amazing. Only complaint is they are expensive. 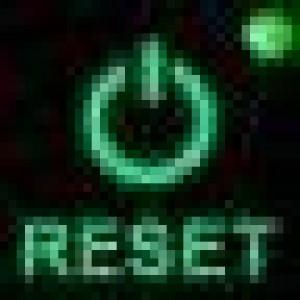 Perfect for creating trophies or statues

The filament is very easy to print with, and is consistent throughout the entire spool. The finished print looks good as far as layers and adhesion, but post processing transforms the print from plastic to something special. I used this filament to print a Hero Forge 28mm miniature fig as a keepsake for our GM. Printed at 3x scale and post processed with a wire brush (wire wheel on a drill) and progressively finer sandpaper (up to 1000 grit). It looks amazing.

I am in love with these metal filled. I bought the smaller (50g?) sample just to try out. I was afraid the sample would be too little to really try it out but I was able to print 3, 1"x2" solid chess pieces with enough left over for 1 or 2 more. I used a Flashforge Finder with an all metal hot end upgrade using the PLA settings from flashprint. Detail was incredible, almost couldn't see the lines/seams. Very impressed, will be buying the full spools.

I purchased the 50g sample coil and was able to print it without difficulty using a hardened steel nozzle at 210C on a glass bed at 65C. The prints were precise, pretty much perfect, and there was no need for any special settings beyond what I usually use for PLA. I did take care to avoid letting the HTPLA sit in the nozzle unextruded while hot, since this is probably an occasional cause of clogs. Printing the 50g sample did not result in any noticeable wear on the hardened steel nozzle. I annealed the parts in a convection toaster oven directly on the glass bed plate at 100C for 10min and that worked well. There was slight warping of a long straight leg, which is not a problem in this application but which is noticeable. I printed another leg and annealed it while it was still stuck to the build plate (it was printed on bare glass) and this warping did not occur. The parts were perfect before annealing but I needed the increased temperature resistance it would provide. They are quite satisfactory now; the annealing resulted in minimal deformations, but in more demanding applications there could be challenges. All in all the performance of the HTPLA itself was excellent. After printing, the parts had a matte, brass colored plastic look that was unchanged by annealing. The development of a brass-like appearance requires polishing. One must consider many choices, and the best ones are unclear. I first used 200 grit sandpaper to remove lines and the surface roughness. I followed this up by 400 and 800 grit papers. On one part I continued with 1000 grit paper followed by rough and fine plastic polishes and a coat of wax. The rougher polishes look in reflected light like finely pitted brass. The surface is smooth but the embedded brass particles are bright and provide contrast with the plastic. As the light becomes oblique and less reflection occurs the gloss of the plastic become dominant and the look is of brass colored plastic. The very polished part looks less like brass. The plastic itself is highly reflective and hides the brass particles with its surface sheen. The plastic takes a very fine polish easily and it's nice, but the look is actually less like brass than the rougher polish provided. Perhaps roughing up the surface with 800 or 1000 grit would remove this sheen and restore the sparkle of the underlying brass. The polishing procedure is easy in principle but for complex shapes and parts that cannot be disassembled after printing it's not easy or even possible. It would be interesting to explore a vibratory tumbler or perhaps a wire brush, but there's not much guidance yet on these choices from Protopasta. Anyway, this is an excellent product but there's a lot to be discovered (or at least published) about annealing HTPLA and how to develop optimal surface finishes. My 50 grams have run out so my tests are at an end until I purchase more.

Live outside the U.S.? We ship all over the world!

Support from the Source

Get expert, in-house support by the makers of Protopasta.